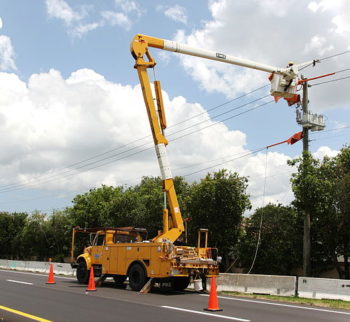 Pacific Gas and Electric officials have reported on the company’s efforts to improve safety and conditions for its power facilities, which have included increased inspections and repairs, and, in some cases, permanently deenergizing transmission lines.

The safety work is running parallel with the company’s plans for public safety power shutoffs which could potentially deenergize large portions of the state – particularly high risk areas shown in the California Public Utilities Commission’s fire threat map – in the case of serious weather conditions and fire danger.

As part of its Community Wildfire Safety Program – implemented after the wildland fires of 2017 and 2018 – PG&E said it has accelerated safety inspections and repairs across its vast 72,000-square-mile service area.

In the course of the inspection, the company identified 53,000 corrective actions needed on transmission structures, with 100 found to be high priority. PG&E said all necessary high priority repairs have been addressed.

Another 207,000 corrective actions on distribution poles with nearly 1,000 conditions identified as highest priority were found with 97 percent of those highest-priority conditions repaired or made safe. The remaining high priority conditions are currently in the process of being repaired.

There also are 3,000 corrective actions within substations with approximately 100 conditions identified as highest priority. PG&E said all of those highest-priority conditions have been repaired or made safe.

“The number of safety risks found through these inspections is unacceptable. We need to do better,” Sumeet Singh, PG&E’s vice president of the Community Wildfire Safety Program, told reporters on Wednesday.