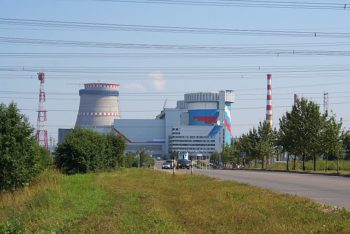 Three of the four units at Russia’s Kalinin nuclear power plant in Tver Region northwest of Moscow have been disconnected from the grid on Thursday due to a transformer short circuit, according to the plant’s operating company Rosenergoatom.

The short circuit happened at 5:05 a.m. Moscow time (0205 GMT), causing the disconnection of Units No.1, No.2 and No.4 from the grid, Rosenergoatom said in a press release, adding that Unit No.3 remains in operation.

The incident did not damage the main equipment of the nuclear power plant and the radiation background at the station and the adjacent territory is normal, it said.

The task of a transformer is to change the characteristics of the electric current generated at a power station so that it can be sent to the grid.

According to Rosenergoatom, the Kalinin nuclear power plant located in the north of Tver Region consists of four units with water-cooled reactors with an installed capacity of 1,000 MW each.