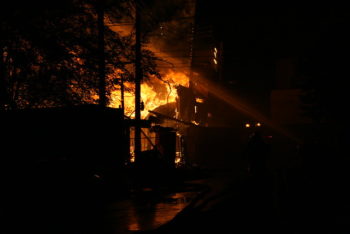 A transformer at the Taganrog Iron and Steel factory (Tagmet) has exploded, causing it to subsequently catch fire.

The fire at the Russian metallurgical plant was caught on camera by eye witnesses, who say that it was preceded by an explosion. It is unclear what caused the initial explosion.

As well as the damaged transformer, the explosion also damaged a nearby car, shattering a window and covering it in transformer oil.

No injuries were recorded.