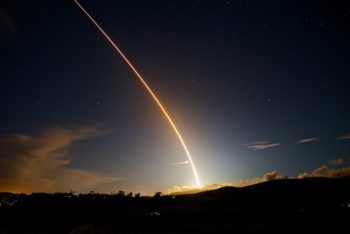 STARK International, a Pictou County company that specializes in transformer maintenance and oil diagnostics, has won a major contract with the Vandenberg Air Force Base, located in California.

The Vandenberg Air Force Base is a Department of Defense space and missile testing base, with a mission of placing satellites into polar orbit from the West Coast. In addition to its military mission, the base also leases launch pad facilities to Space X.

The multi million-dollar contract is for ongoing maintenance at eight substations that support the air force base.

“This marks a major milestone for STARK as it makes inroads into the government sector,” said Scott MacEachern, President/CEO of STARK.

“This project enables STARK to have a steady presence in the US, and demonstrates our ability to enter new markets and compete successfully with major multi-national companies.

“Growth in the U.S. is a major focus for the company and contracts such as Vandenberg show that our strategy is working.”

STARK International is located in New Glasgow and has seen steady growth since its beginning in 1994. The company offers a full suite of services including transformer oil diagnostics, oil processing, transformer installation, mechanical repairs, electrical testing and oil supply and disposal services.