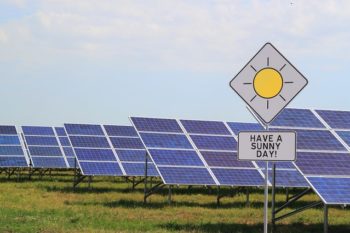 Elsewedy Electric has signed an agreement with Toyota Tsusho Corporation on the joint development of the design and construction of two 50 MW photovoltaic power plants in Zambia, according to an official statement.

The Ministry of Investment and International Cooperation added that the agreement between the two companies includes a system for storing energy in batteries in the cities of Sesheke and Mungo in the Republic of Zambia.

The signing ceremony was witnessed by President of Zambia Edgar Longo and Minister of Investment and International Cooperation Sahar Nasr.

This came on the sidelines of the seventh session of the Tokyo International Conference on Development in Africa (TICAD 7) in Yokohama City, Japan.

The ministry noted that the project is being funded by the Japan International Cooperation Bank (JBIC) for the Ministry of Energy of Zambia.

It added that the project will be one of the largest projects in the world to store solar energy in batteries and the largest ever in Africa.

Elsewedy Electric recorded a 19 decline in its consolidated profits during the first half of 2019, recording LE 1.95 billion, compared to LE 2.4 billion in the same period of 2018.

On another note, Elsewedy Electric announced on August 19, reaching a full commercial operation for its two solar photovoltaic (PV) power plants, as part of the second phase of the Renewable Energies – (FiT) program launched by the Egyptian government.