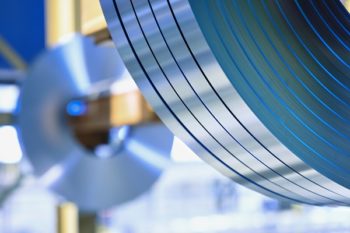 The move, laid out in an internal memo seen by Reuters, comes after attempts to merge with Tata Steel were blocked by EU regulators.

The German group told staff it aimed to boost earnings before interest and tax (EBIT) at Steel Europe by an average of up to $661 million over the coming years, helped by job cuts and selling more to the auto industry.

That would make it the backbone of the conglomerate’s operations following an expected sale or listing of its elevator division, currently its best performing business by far.

“Our plan is a clear forward strategy to strengthen Thyssenkrupp Steel’s long-term competitiveness and viability. We cannot simply carry on as before, unless we accept missing the boat to the future,” the letter said.

It said Steel Europe would cut up to 1,000 jobs in administration and an additional 200 staff would be affected in its operating business. The cuts are part of a job reduction programme announced earlier this year.

Steel Europe’s Heavy Plate and Electrical Steel businesses, which help produce the kind of steel used in power transformer equipment, would either be restructured, sold or wound down, the letter added, with decisions expected in the coming months.

Heavy Plate, which employs 800 staff, has been under review since August.

Thyssenkrupp also said it planned to increase steel shipments to an average of 11.5 million tonnes a year, helped by a product drive in the car sector, the company’s single-biggest customer group.