ABB to cut a quarter of jobs at Virginia transformer plant 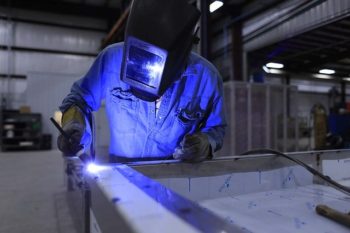 ABB has announced it will cut a quarter of the jobs at one of its U.S. plants in response to a global reduction in transformer demand.

The Swiss company said it was reducing the workforce at the small transformers plant in South Boston, Virginia, by 113 workers, citing a downturn in global demand.

The site, part of the power grids division which ABB is selling to Hitachi in an $11 billion deal, employed a total of 467 people.

“The remaining 75 percent of the local workforce will continue to contribute to the future production of transformers used in the power industry,” a spokesman said.

“ABB has taken this decision to become a leaner and more competitive organization in South Boston.”

An ABB U.S. spokesman told South Boston News & Record the cuts were due to a global slowdown in demand for transformers.

ABB has been cutting jobs in recent months, mainly at its headquarters, as it aims to reorganize its business after years of underperformance. When the deal to sell the Power Grids business was announced in December 2018, ABB launched a $500 million restructuring project.

The company said the South Boston cuts were not related to the divestment of ABB Power Grids’ business to Hitachi, which is expected to close in the first half of 2020.

Photo (for illustrative purposes): Image by Jon Kline from Pixabay