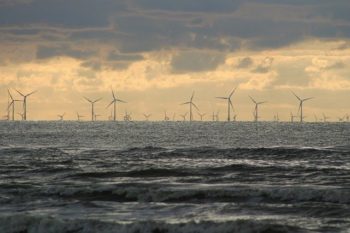 British energy market regulator Ofgem said that it has opened an investigation into National Grid Plc and Scottish Power’s delivery and ongoing operation of the Western HVDC subsea cable.

The investigation will review the performance of the two companies in delivering the cable, Ofgem said, adding it will consider whether the late delivery of the cable means they breached a special licence condition, which specifies the expected delivery date.

The Western HVDC is a $1.71 billion subsea electricity cable that transports electricity between Scotland, Wales and England. Scottish Power is owned by Spain’s Iberdrola.

The probe will also consider compliance with a licence condition for the provision of transmission services and with the Electricity Act 1989, which deals with the provision of “economical, efficient and co-ordinated services”, Ofgem said.

The investigation will also examine potential breaches relating to the operation of the cable, the regulator said, but added that the opening of this investigation does not imply that it has made any findings about non-compliance.

The announcement comes months after National Grid agreed to pay $36 million in response to an ultimatum from New York Governor Andrew Cuomo and compensate natural gas customers in New York City and Long Island that were hurt by a moratorium.

The company also ran into trouble in its home market after a blackout caused by a lightning strike left more than a million customers including homes, businesses, a hospital and Newcastle Airport without power.

National Grid and Scottish Power did not immediately respond to a request for comment.

Photo (for illustrative purposes): Image by David Will from Pixabay