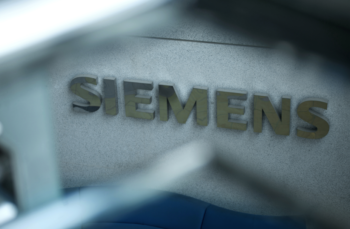 Siemens has made two changes to its management team, appointing Peter Körte as the new head of Strategy, while Michael Hagmann will come in to set up Siemens Energy’s Investor Relations Department.

Peter Körte’s appointment as new head of Siemens’ Strategy Department will be effective February 1, 2020. In this role, he will succeed Horst J. Kayser, who has been responsible for Siemens’ Portfolio Companies since the beginning of January and has headed the Strategy Department on an acting basis since that time. As head of Strategy, Körte will report directly to Deputy CEO Roland Busch. Körte currently heads the Digital Health unit at Siemens Healthineers’ Diagnostic Imaging business.

“Drawing on his extensive cross-industry and international expertise in digitalization – in both strategy and operations – he will play an important role in continuing the development of Siemens’ strategies for digitalization and the Internet of Things,” said Roland Busch. “I’m extremely pleased that we’ve been able to acquire him for this task, which will play a key role in the further development of our company.”

Since the early 1990s, Michael Hagmann has been an equity analyst with a focus on international capital goods companies. For the past twenty years, he has led successful teams at companies such as UBS and HSBC in London. Hagmann completed studies in economics at Friedrich-Alexander-Universität in Erlangen-Nuremberg, Germany, and at Ludwig-Maximilians-Universität in Munich, Germany.

“Michael Hagmann’s expertise and many years of experience make him the ideal candidate for positioning Siemens Energy as an independent energy company on the capital market,” said Michael Sen, member of the Managing Board of Siemens AG and designated CEO of Siemens Energy.

“I’m very much looking forward to my new role as Head of Investor Relations at Siemens Energy. Siemens Energy’s diversified portfolio will enable us to address the challenges of climate change and to support the transition towards clean energy,” added Michael Hagmann.