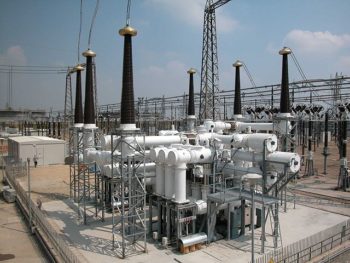 GE T&D India has announced it has won a contract by state-run Power Grid Corporation for the construction of 765-kiloVolt (kV) Gas-Insulated Substation (GIS) bays at Phagi in Jaipur district of Rajasthan.

This is GE”s first 765 kV GIS order from the Power Grid, a company statement said.

The scope of the project includes end-to-end commissioning of the GIS bays, including substation automation and relay panels. The bays will be an extension to the Rajasthan Rajya Vidyut Prasaran Nigam Ltd’s (RRVPNL) existing 765 kV substation at Phagi, which was also commissioned by GE earlier using Air Insulated Switchgear (AIS) technology.

The Phagi substation is a part of the transmission scheme that involves the implementation of the Ajmer – Phagi 765 kV line, along with associated bays, to facilitate the transmission of renewable energy generated in solar parks at Bhadla, Fatehpur and Bikaner to various beneficiaries.

Once the 765 kV GIS bays are installed at Phagi, the state will be able to produce around 1,000 megawatts (MW) of additional renewable energy from these solar plants. This will result in the effective utilization of more green energy by the state and lower reliance on coal as the source of power generation.

Pitamber Shivnani, President & CEO, GE Grid Solutions, South Asia, said in the statement, “As the contribution of renewable energy increases in the overall energy mix of the country, this Gas-Insulated Substation extension will further strengthen the grid evacuation infrastructure and improve electricity access for important demand centres in the state.”

Rajasthan is a leader in renewable energy among Indian states and is aiming for 37.5 GW of renewable energy generation by 2025. Of this amount, grid-connected solar projects are expected to account for 24 gigawatts; wind for about 4 GW and hybrid sources for the remaining generation.

GE is executing several other substation projects in Rajasthan that are associated with the Green Energy Corridor Transmission System. These include an extension of a 765-kV AIS substation as well as a new 400 kV/220 kV Gas-Insulated Substation (GIS) at Bhuj.

GE has also installed a 765-kV AIS substation in Bhadla Solar Park to evacuate power. The park is one of the largest solar parks in India spread over a total area of 40 square km.