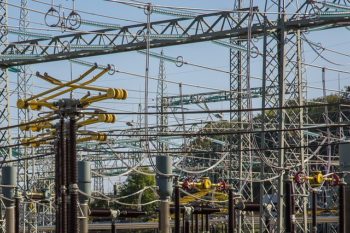 Ukrenergo has signed a contract with the German-Croatian consortium Dalekovod JSC / General Electric Grid GmbH for the reconstruction of the 750 kV Dneprovskaya substation, situated in the Dnipropetrovsk region.

“Dneprovskaya substation” is the last of four modernization facilities as part of the project “Reconstruction of substations in the eastern part of Ukraine”, funded by the KfW Development Bank and the German government, “the report says.

The first contracts for the reconstruction of the Zaporizhzhya, Kharkiv and Zalyutino substations were signed in the second half of 2018 according to the results of international bidding, work is being carried out according to schedules.

Photo (for illustrative purposes): Image by Th G from Pixabay