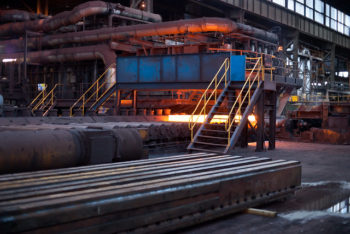 The new buyer of AK Steel, the only company in the U.S which produces the steel used in transformers, warned lawmakers on Thursday that without better protection against imports of electrical steel products into the United States, two of the company’s mills would be forced to close with the loss of 1,600 jobs.

Goncalves, whose company is due to close a $3 billion acquisition of AK Steel on March 13, was one of several steel executives who told the Congressional Steel Caucus that import protections for the industry are still inadequate amid a global steel glut fueled largely by excess capacity in China.

Goncalves said that the 25% tariffs on steel imports aimed at boosting U.S. national security failed to include electrical steel laminations and cores used in transformers and motors.

This has caused a massive increase in imports of these partially processed “downstream” products from China and other countries into the United States through Mexico and Canada.

He said he has warned Commerce Secretary Wilbur Ross that the combined company would be forced to close the two plants, unless the laminations and cores are included in the Section 232 tariffs to stop “the absurd level of circumvention that comes through both Mexico and Canada.”

“I’m talking about 1,500 jobs in Butler, Pennsylvania, and 100 jobs in Zanesville, Ohio, that will be gone. And I promise, they will be gone if I don’t get help,” Goncalves said.

Maintaining the U.S. ability to build and maintain its power grid, which requires electrical steel with precise magnetic properties, was one of the original arguments for Trump’s steel tariffs. U.S. manufacturers of transformers have opposed the duties.

Trump has touted his tariffs as rebuilding the U.S. steel industry, while economists argue that they have increased costs for U.S. manufacturers, making them less competitive.

Trump in January announced he was extending the Section 232 tariffs on a limited number of derivative steel and aluminium products.