Nynas get approval to have US sanctions lifted 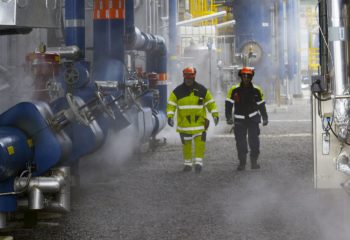 Transformer oil manufacturer Nynas has said it has been assured by the US Treasury that its restructuring plans will be enough to remove it from sanctions.

Nynas is a 50:50 joint venture between Finland’s Neste Oil and Venezuela’s state-owned PdV, therefore US sanctions on Caracas and on PdV has forced Nynas to purchase crude from outside Venezuela.

AS reported previously by Power Transformer News, this has created financial difficulties for the firm, reduced its bitumen output and increased its purchase prices, partly by making transactions in US dollars difficult.

Nynas applied to the district court in Sodertorn, Sweden, for a three month extension to allow time to complete more of the reorganisation, including changes to the ownership structure and agreeing on new financing. The application has the support of the company’s administrators, and the court is likely to rule on the extension next week.

Nynas said the Treasury’s Office of Foreign Asset Control (OFAC) has said the proposal is satisfactory, and that once the change in ownership has been executed it will remove sanctions applying to Nynas and make a public statement.

The sanctions have had a crippling effect on Nynas’ finances. The company made a much steeper loss in January and February this year stemming from costs related to the sanctions and reorganisation, oil price losses and foreign exchange losses.

Nynas has funds to cover operating costs during the reorganisation, but lacks funds to make all necessary purchases of crude to maintain production, so negotiations are continuing with some larger customers to finance $51-61 million of deliveries, and Nynas is seeking further financing from lenders.

Nynas operates four refineries: Harburg in Germany, Nynashamn and Gothenburg in Sweden and Eastham in the UK, the latter in a joint venture with Shell.