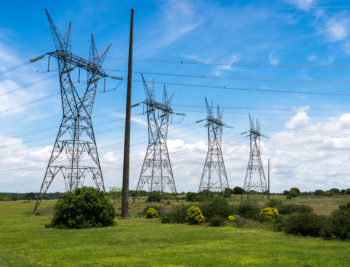 Bahamas Power and Light (BPL) Chairman Dr Donovan Moxey said the power provider is more than prepared to handle the increased demand on the grid as health officials urge the public to implement self-containment measures to mitigate the spread of the coronavirus (COVID-19).

When contacted, Moxey said: “We’re prepared for it.”

He was asked if BPL had the generation capacity to meet the increased demand in the event hundreds of people began staying home from work and/or school.

“So, we are fine with being able to accommodate the initial demands.

“We’re fine with that because as you can see now, more folks working from home means more business are now consuming less electricity, so the net effect is not going to be that great.”

Notwithstanding the adequate generation, the chairman encouraged businesses and homeowners to be mindful of energy consumption.

“We always want people to be prudent about how they use electricity across the board,” said Moxey when asked whether energy conservation measures were advisable.

Last Friday, thousands of consumers in New Providence were left powerless for over an hour after two Wartsilla engines tripped offline — one at the Clifton Pier Power Station A and another at the Blue Hill Power Station.

The power company said the tripped engines resulted in a number of outages throughout New Providence, ranging from Westridge and Sandyport to East Street, Blue Hill Road and Robinson Road.

Last year, residents across the island endured months of prolonged outages due to load shedding exercise — the result of a general shortfall on New Providence.

BPL has since installed seven new Wartsila engines at its Clifton Pier Power Station A power plant, and added an engine to its Blue Hills Power Station.