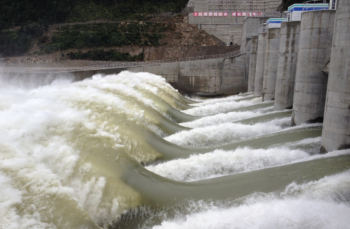 Power transformers built by BRUSH Transformers have been shipped to Angola this week, as part of efforts to develop the country’s hydropower capacity.

The transformers were shipped from Tilbury this week, as UK companies help Angola transition away from its dependence on oil generated power.

Angola aims to build six hydro energy power plants by 2025 to stabilise its national electricity supply and hired Scottish-based utilities contractor IQA to upgrade the country’s power grid so that it can harness hydropower.

To increase the network capacity of Angola’s national power grid, IQA are supplying high-tech energy transformers from the UK.  IQA relied on its UK supply chain to manufacture these transformers, which were built by Loughborough-based BRUSH Transformers and General Electric in its Staffordshire factory.

The transformers have now been built and will soon be installed in towns and cities across Angola.

“We are excited to ship these UK manufactured components that will bring renewable electricity to huge parts of Angola. This is just the first stage of a massive development that will help power homes, businesses and much more. Expertise from the UK is central to helping us deliver this.”

“We are proud to help UK businesses benefit from huge overseas projects like this. Our financial support is helping UK firms meet global demand in sectors like manufacturing, boosting trade across the UK.”

IQA is headquartered in Glasgow, Scotland, and employs 250 people in the UK. Part of Elecnor, they provide utility contract services and manage manufacturing projects to deliver utilities across the world.

Photo (for illustrative purposes): Image by 子墨 黄 from Pixabay