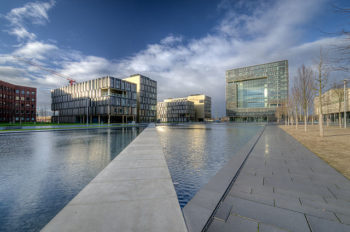 Thyssenkrupp has agreed on a plan with German metalworkers union IG Metall to cut 3,000 jobs in its steel division by 2026.

ThyssenKrupp’s steel business is suffering after plans to merge with the European division of Tata Steel were blocked by the EU on antitrust concerns, with weakening demand and cheap Chinese imports contributing to the decline in profits.

“We have put off problems for too long and shied away from tough decisions,” said Klaus Keysberg, Thyssenkrupp’s board member in charge of steel. “The agreements give us room for maneuver so that steel can remain competitive in the long term.”

There will be no forced layoffs until March 31, 2026, and the agreement gives the steel conglomerate flexibility to transfer workers to other sites. The plan will focus on strengthening the integrated production site in Duisburg.

The steel division will also get annual investments of about €570 million, with an additional €800 million split over the next six years.

Thyssenkrupp shares rose by 22% on the news.

The deal also has an immediate coronavirus crisis package that includes shortened working hours, which will be implemented over the coming weeks, the company said.

Thyssenkrupp said it would make production adjustments in its steel business as a result of the pandemic.

“We will have to go into short-time work at many locations in the coming weeks. This will initially affect production-related areas,” said executive board member Oliver Burkhard.

The package also requires the steel business, Thyssenkrupp Steel Europe, to increase short-time work pay to 80% of all wages, according to the company.

Thyssenkrupp scrapped its 2019-2020 profit outlook on Monday, blaming the economic downturn triggered by the fast-spreading coronavirus.