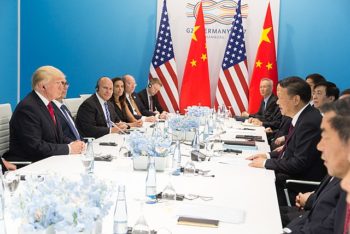 The U.S. Commerce Department has launched another “Section 232” national security investigation that could lead to new U.S. tariffs on imports of key electrical steel components of power transformers and related goods.

The investigation into the imports of transformer laminations and wound cores is partially aimed at protecting the last U.S. manufacturer of grain-oriented electrical steel, AK Steel, recently acquired by Cleveland-Cliffs, which has argued for tariff relief.

Cleveland-Cliffs Chief Executive Lourenco Goncalves in March warned U.S. lawmakers in March that he would be forced to close two AK Steel plants that produce electrical steel with a loss of 1,600 jobs without better protection from imports.

Although the Commerce Department in 2018 imposed 25% tariffs on most steel imports, these did not include partially processed “downstream” components, such as the steel laminations and cores that are installed into transformers and controllers in U.S. plants.

Imports of such components from Mexico and Canada using Chinese-made electrical steel have greatly increased in the past two years, keeping the AK plants in Butler, Pennsylvania and Zanesville, Ohio unprofitable, Goncalves said.

The new probe comes as the Trump administration is said to be stepping up efforts to try to shift industrial supply chains away from China as it weighs new tariffs on Chinese goods to punish Beijing for its handling of the coronavirus outbreak.