CGGC to build 160 MW hydro facility in Bosnia and Herzegovina 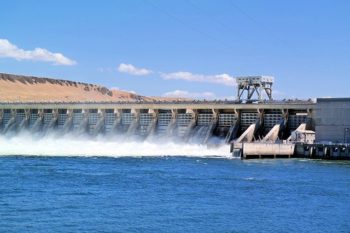 China Gezhouba Group (CGGC) has signed a construction contract for the Dabar Hydro Power Plant located in the south of Bosnia and Herzegovina.

The 160MW facility is the first large-scale hydropower plant to be built in Republika Srpska (RS) in recent years. RS is one of the two entities that make up Bosnia and Herzegovina (BiH).

Dabar forms part of the Gornji Horizonti system, and the project is being implemented by Elektroprivreda Republike Srpske and its subsidiary Hidroelektrane na Trebisnjici. Total project cost is estimated at 200 million euros.

After several years of delays, a contract was signed on May 6 at a ceremony in the city of Trebinje, the Chinese embassy in BiH announced.

China’s ambassador to BiH Ji Ping and RS Prime Minister Radovan Viskovic attended the signing ceremony via video link, respectively, from Sarajevo, the capital of BiH, and Banja Luka, the capital of RS.

“The Covid-19 outbreak has not stopped China from deepening cooperation with BiH,” said Ji Ping at the ceremony.