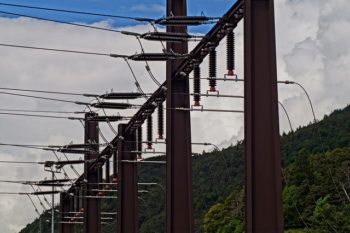 National Grid has said it needs to build the new substation in order to retire two existing substations which are no longer adequate.

“This is the continuation of the originally submitted application. A bit of a restart here since so much time has passed, so National Grid will provide an initial presentation to (the zoning board of appeals),” said Rob Leslie, the town of Bethlehem’s planning director.

The new substation is to be built on land the utility owns near an elementary school and Bethlehem Central High School.

Parents of school-aged children have opposed the project in the past, arguing that the electric and magnetic fields from the substation could pose health risks to students at Eagle Elementary and the high school.

National Grid has noted that a 2007 World Health Organization study found that “scientific evidence was inadequate to indicate any health risks from (electric and magnetic fields) for almost all health conditions.”

The utility has also argued that its electric and magnetic field will be zero once it reaches the property line, so it wouldn’t impact the two schools nearby.

National Grid spokesman Patrick Stella said the project is being presented again to the town because the utility has been using other substations in the meantime to carry the electric load from the grid, although doing so is not a long-term solution.