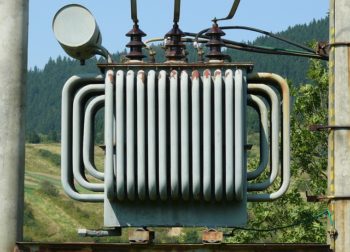 Three trucks with over 40 transformers suspected to have been stolen have been impounded in Cross River State, Nigeria.

One of the officials in the team that impounded the trucks said they suspect strongly that “the transformers were stolen and are being taken out of the state” before they were intercepted.

The government team that intercepted the trucks was led by the Senior Special Adviser on Power to Governor Ben Ayade, Emmanuel Eneji-Nkpeh, with the support of the State Security Adviser (South) Ani Esin.

“I am very much aware of the seizure. For now the trucks are in my command and investigation has commenced.

“There are conflicting stories but at the end of the day, we will get the true position about where they are coming from and where they are taking them to”.

The owner of the seized transformers allegedly said he purchased them from a partner with Cross River state government on power projects.

“we are not opposed to the sales of power asset to any individual or organization but as a state, we are primarily concerned with the stake of Cross River State Government in the initial importation of these volume of transformers.” Eneji-Nkpeh added.

Source: The National Accord