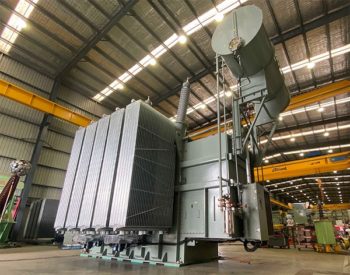 Ampcontrol has installed a 50 MVA transformer for an Australian mine.

To take their current production from 6.4Mta to 7.5Mta, a central New South Wales mine engaged Ampcontrol to design, manufacture and install high voltage infrastructure.

As part of the project Ampcontrol designed, manufactured and tested a 40/50MVA 132/11kV transformer, with a final fully assembled weight of 85 Tonnes.

The transformer was fully tested in house in Ampcontrol’s transformer facility, before being filled with oil above the core and coil assembly for transport, to the mine, where site erection work was undertaken by Ampcontrol’s High Voltage Service team.

The transformer will be energised at a later date during major site shutdown works.