VanTran ranked amongst the top 5000 fastest-growing companies in the U.S. 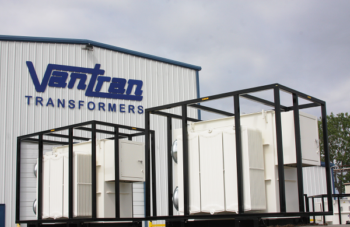 Texas-based transformer manufacturuer VanTran has been ranked in Inc. magazine’s list of the 5000 fastest -growing companies in the U.S.

Inc. magazine today ranked VanTran Transformers #2249 on its 39th annual Inc. 5000, the magazine’s ranking of the nation’s fastest-growing private companies. The list represents a unique look at the most successful companies within the American economy’s most dynamic segment— its independent small and midsized businesses.

In addition to the national recognition, VanTran also received state recognition by making the Inc. 5000 Series: Texas list earlier this year. VanTran is ranked #137 for one of the fastest growing companies in
the state of Texas.

“Being included in the Inc. 5000 reflects the tireless effort since 2016 by our entire team who saw the opportunity to take a 57-year-old business and jump start it with new energy. I am especially proud to have accomplished this with an established business in a mature industry. We have gone through exceptional growth and are very fortunate to be honored with this award,” remarked Don Bolin, CEO of VanTran.