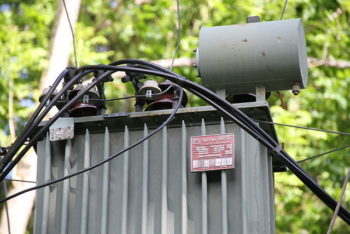 Felix Sosa, head of ANDE, informed the President of the Republic, Mario Abdo Benitez, about the historical acquisition of 7,200 new Distribution Transformers for the reinforcement and increase of power of the electrical system at the country level.

These transformers were acquired as part of the ANDE National Public Bid N° 1545/2019, through which 7200 Three-phase Distribution Transformers of 100 kVA each were acquired for the first time in a single bidding process.

The acquisition of this equipment has been made with a total investment of $12,190,445, financed with ANDE’s own funds, and will be supplied by three suppliers simultaneously, in 18 deliveries.

After the meeting with the President of the Republic, the head of ANDE, accompanied by his executives and the representatives of the Paraguayan Industrial Union, informed the press about this historical award to three Paraguayan companies that will allow “to increase the power availability of the Paraguayan electrical system in distribution, in order to accompany the vegetative growth of the electrical energy demand at national level”.

Likewise, Mr. Sosa highlighted that the average annual installation is approximately 2600 transformers, and that through this acquisition it will be possible to continue installing them in order to reach the goal of 21,000 transformers in the next 3 years, that is, 7,000 transformers annually, which represents 66% more than the average installed in the last few years.

It is worth noting that in 2019, 4,045 new transformers were installed and that the goal for 2020 is to reach the installation of 4,500 new transformers, of which 3,326 have already been installed, representing 74% of the goal proposed as of December of this year.