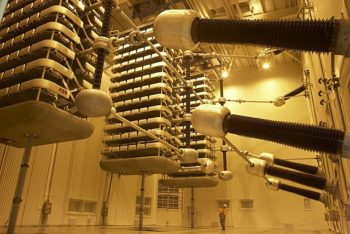 Beatrix Natter, Executive Vice President Transmission at Siemens Energy, said: “Thanks to the excellent collaboration between Elia, Amprion, Siemens Energy and all partners another landmark project on time and budget could come to fruition. I am proud that our proven HVDC PLUS technology contributes to a greener, more reliable and powerful European electricity network.”

Dr. Hans-Jürgen Brick, CEO of Amprion GmbH, said: “ALEGrO is a central electricity bridge in the heart of Europe, which couples the internal electricity market even more intensively. At the same time, the project is a prime example of European cooperation and an important further building block for a secure European transmission network.”

Marcus Berger, Chief Infrastructure Officer Elia, said: “We really appreciate the professional approach that Siemens has demonstrated in the realization of this project. Not only during the construction but also during the commissioning phase. Last week, for example, our teams realised a world’s first by carrying out a so-called black start operation via ALEGrO. Should Belgium ever be hit by a blackout, the interconnector can be used to re-feed the Belgian grid from Germany. This also works in the opposite direction. By bringing this project to a successful conclusion, our teams have shown once again their technical leadership.”

Siemens Energy supplied the two converter stations at each end of the line that convert the alternating current to direct current and vice versa. The stations have been erected in Oberzier in Germany and Lixhe in Belgium and are connected by an underground DC cable. Equipped with HVDC PLUS technology based on modular multilevel converters (MMC), the system offers a controlled power supply in either direction and is ideal as a “firewall” against disturbances developing in highly loaded AC grids.

Armin Laschet, minister president of North Rhine-Westphalia, Tinne Van der Straeten, Belgian minister of Energy, and Sibylle Keupen, Lady Mayoress of the City of Aachen, took part at the symbolic commissioning of ALEGrO and underlined the importance of the project for the European electricity market. The European Commission designated ALEGrO a “project of common interest” as it contributes to an integrated European energy market.

Siemens Energy is currently realizing 12 HVDC projects worldwide and can look back on more than 55 completed projects. The technology is playing an increasingly important role in integrating renewable energy and thus in global decarbonization.