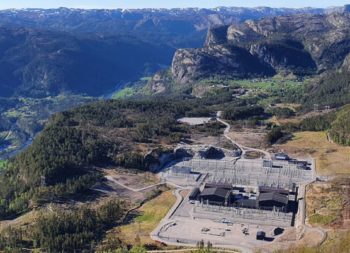 NordLink is the world’s first HVDC Light® bi-pole installation to perform at a record level of 525-kilovolt (kV) and 1,400 megawatt (MW), nearly doubling the power transmission capacity compared with earlier systems and improving overall reliability and availability in the grid. The increased integration of renewables from both countries, in combination with the usage of pioneering technology, supports the green energy transition.

“We are delighted to be contributing to this milestone project, which brings Europe another step closer towards its vision of an interconnected and carbon-neutral energy system,” said Niklas Persson, Managing Director of Hitachi ABB Power Grids’ Grid Integration business unit. “Together, with the NordLink owners, Statnett and TenneT, Hitachi ABB Power Grids is contributing to the development of an integrated European energy market, which is powered by renewable energy and underpinned by an electricity backbone that supports sustainable society.”