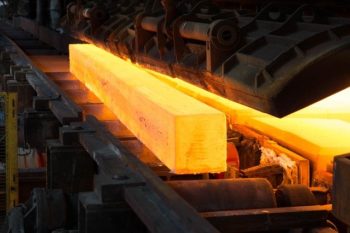 The move comes about three months after Liberty Steel, headed by metals tycoon Sanjeev Gupta, said it had made a non-binding indicative bid for the unit, which Thyssenkrupp has put on the block as part of a bigger group restructuring.

“This is an important step for Liberty demonstrating our binding commitment to the combination of the two businesses,” Liberty Steel said in a statement, without disclosing any details of the offer.

“Due diligence and our discussions with Thyssenkrupp have so far confirmed that a potential combination of Thyssenkrupp Steel Europe and Liberty Steel is the right answer from an economic, social, and environmental perspective.”

Thyssenkrupp, which sources have said is also considering a spin-off of its steel division, said it would now carefully examine what Liberty Steel says is a “firmed up bid”.

A successful bid by Gupta could create synergies of 200-300 million euros ($243-$364 million), analysts at Deutsche Bank estimate, lower than in a potential tie-up for the Thyssenkrupp business with Tata Steel’s European unit but higher than in a deal with Sweden’s SSAB.

This will partly be achieved by better utilising Thyssenkrupp’s steel production sites while cutting Liberty Steel’s dependence on roughly 3 million tonnes of hot-rolled coil it needs to buy each year.

To woo sceptical workers, Liberty Steel has agreed to guarantee equal board representation for labour and shareholders under Germany’s coal-and steel co-determination system, a source close to the process said.

It has also secured significantly higher financial leeway for the bid from SoftBank-backed Greensill, the source said, adding Liberty also planned to honour a previous agreement that rules out forced steel layoffs until 2026.

Photo (for illustrative purposes): Martinelle / Pixabay / Free for commercial use