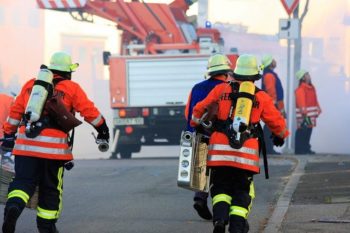 A fire has broken out at the Siemens transformer plant in Nuremberg, potentially causing millions of euros in damage.

A capacitor caught fire in a Siemens transformer plant in Nuremberg on Tuesday. The fire brigade put out the fire later that evening, leaving only one person slightly injured.

According to the police, a fire in a machine hall of the Nuremberg Siemens transformer plant resulted in damage amounting to millions. According to initial findings, a technical malfunction was the cause of the fire. Capacitors are stored in the hall, one of which caught fire, said a Siemens spokesman on Wednesday.

According to the police, residents reported a loud bang on Tuesday evening. The cause and the connection with the fire are still unclear. Around 200 emergency services from the fire brigade, police, rescue service and technical aid organization were on site.

The capacitor that caught fire is part of the equipment of a test system, explained the Siemens spokesman. The exact cause of the fire is currently not known. Siemens did not provide any information on the possible amount of damage.