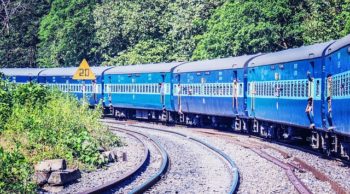 For CLW, Hitachi ABB Power Grids will deliver traction transformers for one of Indian Railways’ most successful class of locomotives, the WAG 9, which was developed in response to strong growth in the rail freight transportation sector; for CORE, it will supply trackside transformers.

Indian Railways is aiming to create a future-ready railway system, bringing down logistics costs for industry and supporting the Make-in-India initiative. This plan aligns with the government’s goal of achieving 100 percent rail electrification by December 2023 and making Indian Railways a net-zero carbon emitter by 2030.

“These orders are a source of immense pride for us at Hitachi ABB Power Grids. They advance our vision of playing a pivotal role in rail electrification in India and enabling improvements in rail safety, capacity and speed,” said N Venu, Managing Director, Hitachi ABB Power Grids in India. “Such partnerships will help lower our dependence on imported fossil fuel and reduce both fuel costs and carbon emissions for the Indian Railways,” he added.