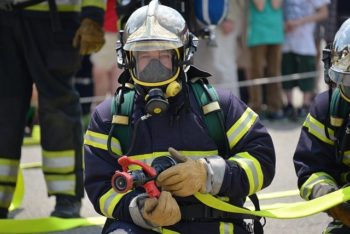 An explosion at the DoubleTree Hotel in Omaha has been attributed to a faulty power transformer.

The explosion occurred on Monday night at the DoubleTree Hotel in Omaha, causing plumes of smoke to rise from the building.

According to local police and the Omaha Public Power District (OPPD), the explosion was the result of an underground transformer catching fire.

“We are very lucky that no one was walking around when that decided to go bad last night,” said Jerry Benedict, OPPD Field Supervisor.

Downtown Omaha is host to an entire networking system of underground transformers, according to the OPPD.

“These are very large three-phase transformers and they are buried in vaults underground… for room basically downtown,” said Benedict.

Firefighters were dispatched to the scene and put the fire out. No injuries or casualties were reported.

Crews are still working to discover the initial cause of the incident and to repair the transformer.