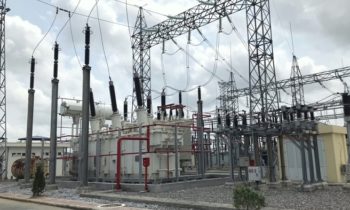 The 210kV station was built at a total cost of over $15 million on an area of 40,100 square metres spanning Dong Son and Kenh Giang communes.

According to EVNNPT Deputy General Director Luu Viet Tien, the station helped cut around 80% of the amount of copper cable, slash copper cable transport and installation costs, while reducing the risks of incidents caused by cable damage.

Tien said the 220KV digital station will ensure a stable power supply for socio-economic development in Thuy Nguyen and regions in the vicinity, reduce power loss as well as enhance connectivity, safety, stability and flexibility in the operation of the power system.

The Vietnam Electricity Group (EVN) plans to digitise all equipment on transmission lines and 80% of 110 kV circuit facilities by 2022.

By 2025, EVN will have digitalised 100% of facilities on medium- and higher-voltage power lines, according to EVN Chairman Duong Quang Thanh.