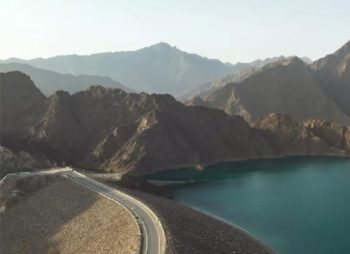 Hitachi ABB Power Grids will supply ANDRITZ Hydro with state-of-the-art technology for grid connection and stabilization for a unique pumped storage hydroelectric power plant, under construction in the Hajar Mountains, 140-km southeast of the city of Dubai, UAE.

The Hatta pumped-storage power station is a first-of-its-kind project in the UAE and the Arabian Gulf region. It is being developed by the Dubai Electricity & Water Authority (DEWA) and will provide up to 250 MW of clean, renewable and flexible energy when commissioned in early 2024.

“We are honored to be part of the development of the Arabian Gulf’s first hydropower plant,” said Niklas Persson, Managing Director of Hitachi ABB Power Grids’ Grid Integration business. Niklas continued, “Hitachi ABB Power Grids can deliver engineered packages as well as advanced solutions to support the Emirate’s sustainability goals, accelerating the energy transition towards a carbon-neutral future with technologies that will benefit society.”

During off-peak hours turbines will pump water about 4 km from the lower to the upper reservoir, using power drawn from the Mohammed bin Rashid Al Maktoum solar park. Stored water will be released to the lower reservoir during peak-load hours, driving turbines to quickly generate electricity to meet peak demand.

The state-of-the art technology provided to ANDRITZ Hydro, uses a PCS8000 converter for the AC excitation, enabling the machine to run at variable speed. This ensures optimal operational efficiency and variable power operation in pump mode without compromising transient behavior of the machine.