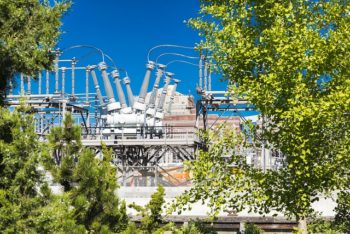 One of two new 20MW transformers for the Vining Substation upgrade has been delivered.

In October, the city awarded SPX Transformer Solutions, Inc. a $1 million contract for the two transformers, which are 20 megawatts each.

The second transformer will be delivered in August.

In June 2019, a fire at the Vining Substation shut down power to much of Powell for several hours. With a series of three planned power outages the following August, the city made repairs to allow the substation to serve the city until the more extensive upgrade could be completed.

The substation has managed to reliably supply the town with power since those temporary repairs were made. City Administrator Zack Thorington said the outages on Monday were caused by a spike in load on the substation, the source of which is still unknown.

Despite the demands put on the substations as temperatures soared to triple digits, Thorington said Powell has stayed below the threshold of substation failure, with the exception of the unexplained spike on Monday.

The entire reconstruction project will cost $2.9 million and is expected to be completed before the end of the year.