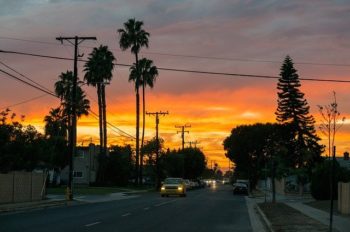 Multiple power outages were reported near Valley Glen Monday morning after an explosion at a power transformer, or underground electrical vault. Residents in Sherman Oaks, Valley Glen North Hollywood and nearby communities reported lost power due to the explosion.

At least 6,500 residents were affected by the outage. Los Angeles Department of Water and Power did not have an estimate of when power would be restored.

No fire was found, but some smoke was reported in the area, the LAFD reported. Overhead media footage from the scene showed one manhole cover had blown off.