New substation for Port of Valencia 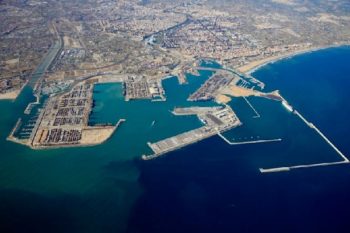 The Port Authority of Valencia (PAV) has opened tender on a new electrical substation that will allow docked ships to use shore power.

Valenciaport has published the procedure for awarding the contract for the construction of the connection for the electrical substation of the Port of Valencia with a budget of around $3.3 million (VAT included). At the same time, the PAV is preparing the specifications for the construction of the electrical substation, which will be published in the next few days, with a base tender budget of roughly $7.6 million (VAT included) and a completion period of 24 months.

A new boost to a strategic infrastructure in the objective of electrification of the docks that will allow the ships’ engines to be connected to shore power while they are berthed at the port facilities. This substation will serve the different docks of the Port of València, the northern container terminal and the public passenger terminal.

The project involves the installation – in two stages – of two transformers with a total apparent power of 60 Mega Voltamperes (30 MVA each), which will enable the voltage received at 132 kV (132,000 volts, or 132 Kilo Volts) to be reduced to 20 kV (20,000 volts, or 20 Kilo Volts), as a preliminary step in bringing this voltage to the different points of the PAV facilities, including the terminal quays to facilitate the connection of ships to the network.

In addition, this infrastructure will guarantee significant reductions in emissions and operational costs for ships calling at the port of Valencia. The PAVhas already put out to tender the contract for the site management service and the health and safety coordination of the construction of the transformer substation and the new underground line.

The new electrical substation has the support of the European Commission through the Connecting Europe Facility (CEF) Committee, which is financing the project EALINGWorks Valenciaport: Preparation of the electrical grid of the Port of Valencia for Onshore Powel Supply, to prepare the port’s electrical network for the supply of OPS to container ships, ferries and cruise ships in the new terminals of the Port of Valencia, both the new container terminal and the passenger terminal.