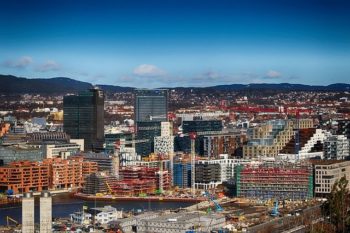 For Hitachi Energy, this is the very first frame agreement globally for its EconiQ eco-efficient breaker technology.

Norway plans to cut at least 50 percent of its greenhouse gases by 2030 with the target to achieve carbon-neutrality by 2050. To achieve this goal, the country is taking action to adopt eco-efficient technologies and accelerate the path towards carbon-neutrality.

The first project in the frame agreement is the Askøy substation, located on an island west of the city of Bergen, Norway. BKK Nett will rebuild the substation to meet the growing electricity demand from businesses and households.

“This frame agreement with BKK Nett marks an important milestone as the very first for the new EconiQ breaker technology. We are committed to  work with our customers to reduce carbon footprint and accelerate  the energy transition”, said Markus Heimbach, Managing Director of the High Voltage Products business at Hitachi Energy. “We are pleased to be partnering with BKK Nett in the quest towards achieving carbon neutrality.“

“We are excited to join forces with Hitachi Energy to bring new and innovative EconiQ technology that reinforces our strategy for sustainable operations.“ says Atle Isaksen, Head of Grid Development at BKK Nett. “With such an eco-efficient technology, we are able to build future-proof substations with lower environmental impact.”

The new EconiQ LTA 145 kV breaker uses  carbon dioxide (CO2) and oxygen (O2) as insulation gas mixture instead of the conventional sulfur hexafluoride (SF6), a greenhouse gas which has been the norm for decades due to its superior insulation and switching properties. The EconiQ high-voltage portfolio essentially eliminates the CO2 equivalent emissions related to the insulation gas and has been proven to significantly reduce the carbon footprint throughout the total lifecycle.