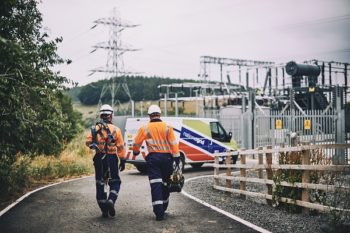 The two-year project, located in Yaxley, Suffolk, will facilitate the connection of a newly constructed, gas-fired electricity generating plant by Progress Power.

This is the first major EPC contract win for Burns & McDonnell in the U.K., cementing its leading market position and rapid growth since it established its European presence in Birmingham in 2017.

Burns & McDonnell was selected to be part of National Grid’s new RIIO T2 EPC Construction Framework for Substations in February 2021. The framework, which will last a minimum of five years, is supporting National Grid’s investment in the U.K.’s electricity transmission infrastructure as part of the country’s transition to net zero.

This investment will see that the grid is prepared for greater adoption of electric vehicles and the connection of significantly more renewable energy sources, including offshore wind as part of the government’s “Ten Point Plan for a Green Industrial Revolution” and recently published “Net Zero Strategy: Build Back Greener.”

The firm has also been awarded two further projects under the National Grid RIIO T2 Mechanical and Electrical Installation Framework, a second framework awarded to Burns & McDonnell earlier this year. These projects will involve critical asset replacements at substation sites in inner London and Dartford, Kent.

“This is a significant moment for Burns & McDonnell as we establish a leading position in the U.K. energy market. The project in Yaxley is a critical component in National Grid’s strategic framework for ensuring this country’s electrical infrastructure is prepared for the energy transition and meeting the government’s 2035 net zero transmission system commitment. Burns & McDonnell is hugely proud to be playing a part in that mission.

“Being selected from a strong field to deliver this project is testament to the hard work and experience of our fantastic team. We’re all looking forward to working hand-in-hand with National Grid to see the project delivered.”

Photo (for illustrative purposes): Engineers at a substation / National Grid