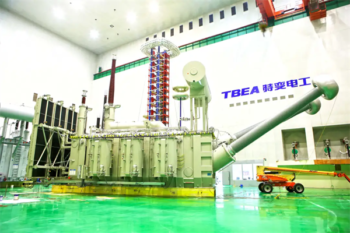 ±800kV UHV DC transmission is the core technology to solve the problem of ultra-long-distance, the large-capacity transmission of electric energy in China, and the reverse distribution of energy and power loads. This technology is also needed to implement the strategy of “West-to-East Power Transmission”.

However, the converter transformers of the early UHV DC projects were mainly designed by foreign countries and assembled in China using imported materials. As such this represents another step towards energy independence for the country.