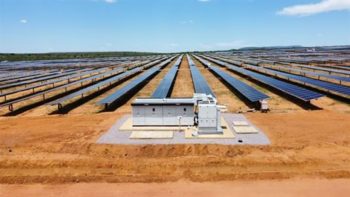 Ingeteam has already completed the supply of 108 solar inverters manufactured in Brazil and 32 transformation centres or power stations also assembled in the country.

José Nardi, manager of the solar business unit at Ingeteam Brazil, highlighted that “these contracts, in addition to being representative projects for our subsidiary, are also great news for promoting local Brazilian industry and employment, since we are the only manufacturer of solar inverters that it manufactures locally in the country”.