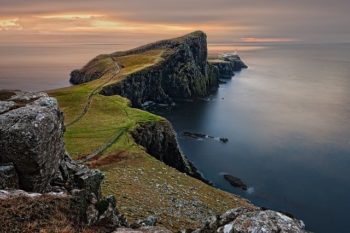 National Grid Electricity Transmission (NGET) has begun consultation with Ofgem regarding the proposed subsea transmission link between Scotland and England.

The energy regulator recognised the “clear case” and  “consumer benefit” of the Scotland to England Green Links in their consultation on the ‘Final Needs case’ of the project.

The two subsea links, which will have a capacity of up to 4GW, will transport enough electricity to power four million homes. They are the largest electricity transmission investment projects in Britain’s recent history and will support hundreds of green jobs throughout construction and operation.

The first 2GW link is a partnership between NGET and SP Energy Networks and will run from Torness, Scotland to the Hawthorn Pit Substation in Durham County, England with approximately 176km of offshore cable. The second 2GW link, a partnership between NGET and SSEN Transmission, will originate from Peterhead in Aberdeenshire, Scotland, and terminate at Drax in North Yorkshire, England with 440km of cable running undersea.

These projects are part of National Grid’s work upgrading the electricity transmission system to deliver the UK government’s target of 40GW of offshore wind generation by 2030. In addition to the Eastern Links, it is developing 14 major projects across its network to facilitate the target representing a £10 billion investment. This includes two further Scotland to England high voltage links (also in partnership with the Scottish transmission network owners) and proposals in the Humber, Lincolnshire, East Midlands, North of England, Yorkshire, North Kent, as well as four in East Anglia (one of which is a proposed offshore link between Suffolk and Kent).