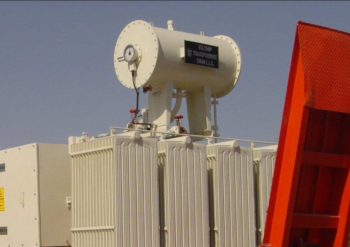 Voltamp Power, a subsidiary of Voltamp Energy has announced that it produced its first 400kV, 500 MVA power transformer. “This is the largest transformer of its kind in GCC”, according to a company statement.

Salim Bin Nasser Bin Said Al Aufi, the Minister of Energy & Minerals, Sultanate of Oman was the chief guest for the flag-off ceremony held in Voltamp factory in Sohar on October 24. The event was also attended by various dignitaries from the council and consultative members of Oman and the decision makers of Nama Group and other industry members.