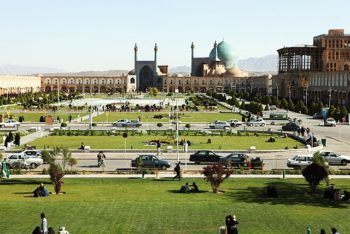 A faulty transformer has allegedly caused an explosion at a thermal power station in Iran’s central Isfahan Province early Sunday.

Acording to the state-run Islamic Republic News Agency, the explosion at the Isfahan power plant caused no casualties and the unit returned to normal operation within two hours.

A “worn out transformer… at Isfahan’s Islamabad thermal power plant exploded at around 5:00 am today,” the managing director of Isfahan’s electricity company Said Mohseni told the agency.

The blast is the latest in a string of incidents at Iranian sites over the pat few months, with two explosions hitting Tehran in late June, one near a military site and the other in a health centre, the latter killing 19 people.

Fires or blasts also hit a shipyard in southern Iran last week, a factory south of Tehran with two dead and the Natanz nuclear complex in central Iran earlier this month. While many of these incidents have been officially attributed to accidents, it is also felt by some that these are the result of coordinated cyber attacks against Iran.

Two new transformers to be added to Werners End substation